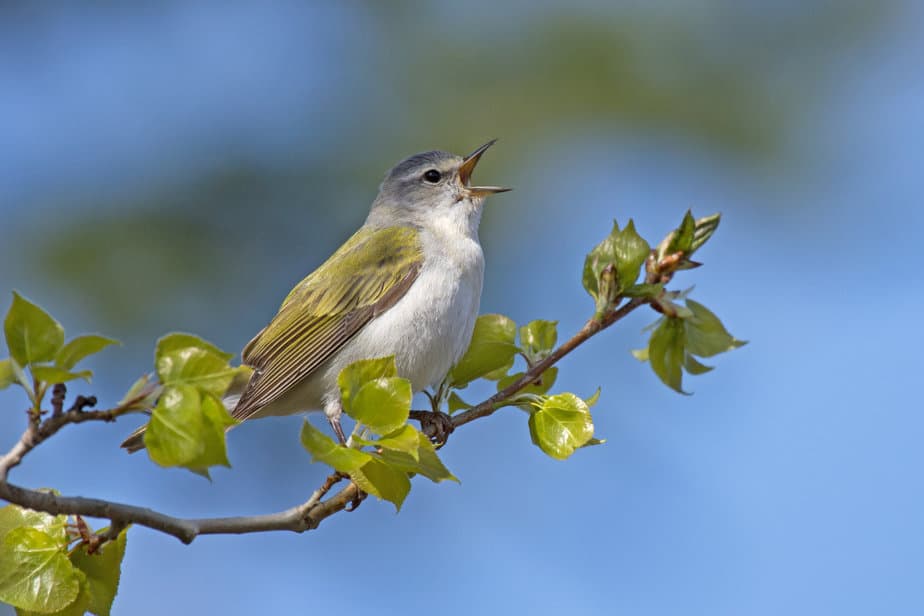 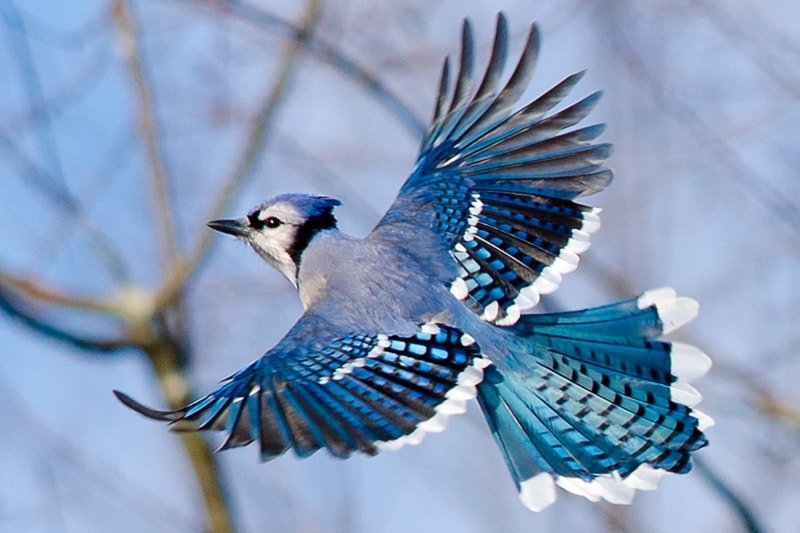 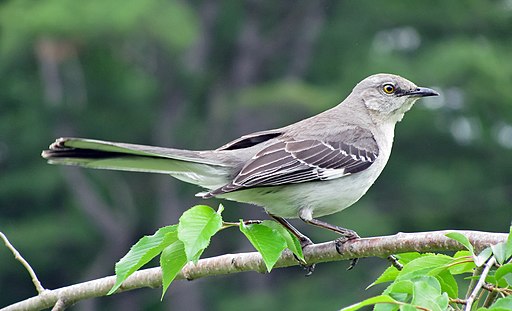 Some songbirds are beautiful to watch and entertaining to hear, such as our lovely Tennessee State Bird shown here, also known as the Mockingbird.  However, there are other bird species that can be downright pests!  House sparrows can cause severe damage to crops by pecking seedlings, buds and flowers. These little birds can also find their way into buildings through openings. Starlings not only build messy nests on your porch or home, but they can cause considerable damage to livestock facilities where they are attracted by the food and water available. This can create a dangerous situation since starlings will transfer diseases from one livestock facility to another by their droppings.

Birds are highly intelligent creatures, with complex and specialized forms of communication. Each species has a unique way of using body language and vocalizations to communicate. Birds who feel threatened may also flap their wings wildly or attack a perceived intruder to defend their young or territory.

We’ve heard it countless times: certain species of birds mate for life, including geese, swans, doves, cranes, and eagles. It’s a true statement, for the most part, but it’s only part of the story.

About 90% of bird species are monogamous, which means a male and a female such as this beautiful cardinal couple, will form a pair bond. But monogamy isn’t the same as mating for life. A pair bond may last for just one nesting, such as with house wrens; one breeding season, common with most songbird species; several seasons, or even for life.

Lots of monogamous bird species “cheat”! Social monogamy seems to be more common than sexual monogamy. Social monogamy refers to the male bird’s role in parenting. In most songbird species, the male defends a nest and territory, feeds an incubating mate, bring food to nestlings and feeds young fledglings. Social monogamy is when a male bird is actively involved in nesting and rearing the young. Then they’re free to find other partners for the next breeding season. 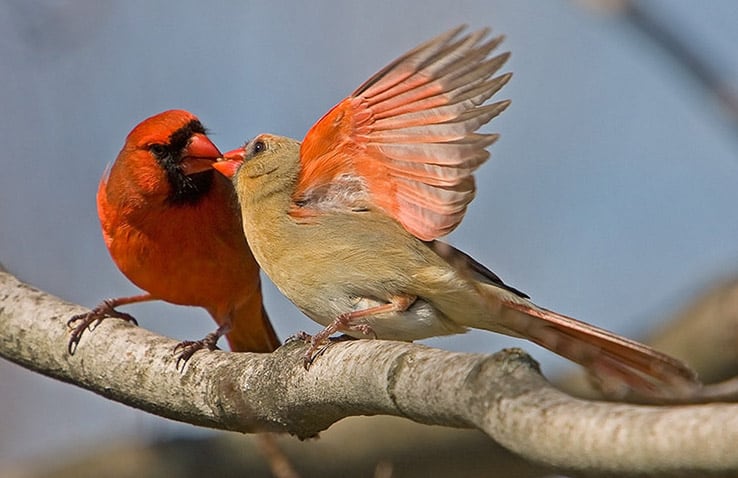 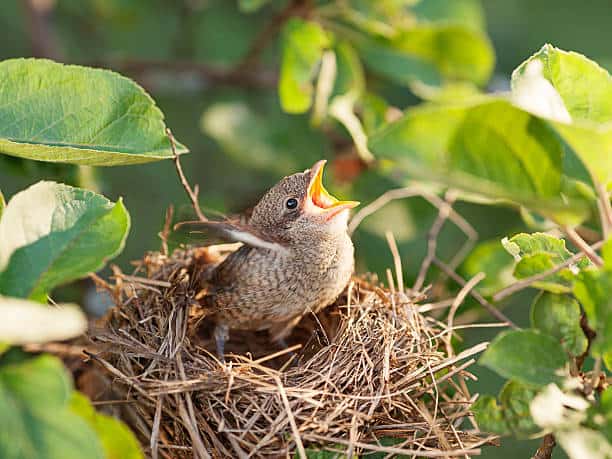 Are birds born knowing how to sing? Actually, no. Unlike cats that are born knowing how to meow and dogs know how to bark, birds have to learn their songs. They have to listen and learn from their parents and other adult songbirds. It takes a lot of practice, and this little one seems ready to go!

Have you ever been awakened by birds singing in the early morning hours outside your bedroom window? You head to work early and it’s still dark outside. Already you can hear them. Those birds aren’t just awake,  they are already whooping it up with their trills, melodies and crescendos! You are witnessing what is often called the “dawn chorus”, that period of time just before sunrise. Well, it turns out that the birds you hear before dawn are mainly males! They sing in the morning for specific reasons. There IS purpose behind their “joyful noise”!

When it comes to their full songs, it turns out birds will sing for a lot of reasons! In North America, if you hear a bird singing, it’s a male bird and he’s usually singing to impress a girl. If you are in Australia, that bird you hear singing is probably a girl and she’s usually putting on a show. But sometimes birds sing when they’re all alone. Why? Scientists think it’s for the same reason we do — just for the pure joy of singing.

In most cases, mother and daddy birds will raise their babies together. A mating pair equally contributes to feeding and guarding the offspring. It occurs in approximately 85% of bird species. There is a wide variety of parenting behaviors across the bird kingdom. In some species, both parents incubate the eggs; in others, only one parent cares for the chicks. Then there are other bird species where no parental care is required at all. For example, the cuckoo bird will lay its eggs in another bird’s nest and leave!  How rude!

Dads of some species of the bird world provide more than just meals, though. They help build nests, incubate eggs and stick around even after the moms have left. However, there’s no denying that female birds often wind up with more than their fair shade of parenting duties. For example, male hummingbirds may be flashy, but they’re not very helpful. They don’t even stick around to watch the females raise their young!

Bird Dad Award for the Best Builder has to go to the male House Wren. He is really serious about nest-building because it’s what helps him attract a mate! He starts constructing a few nests at once. His female partner chooses the most promising one and finishes it. 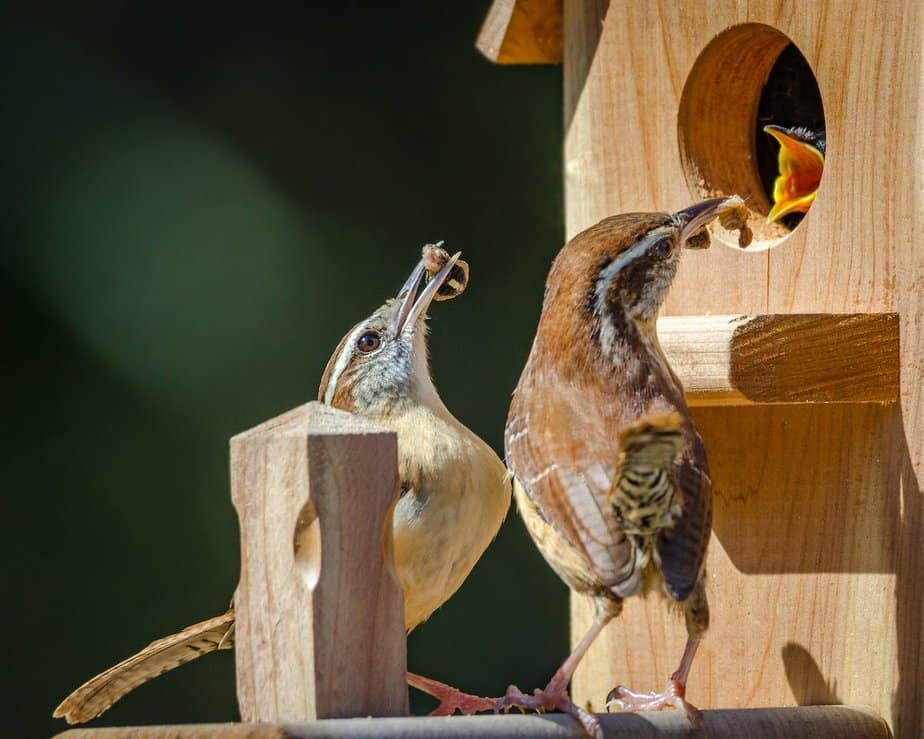 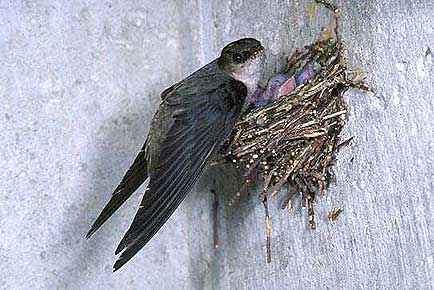 Have you heard chirping sounds coming from your chimney?  Do they suddenly get very loud, then die away? You probably have yourself a few chimney swifts.

Chimney swifts are awesome, yet annoying little birds that many folks don’t know much about. They’re a dark gray color with small, short bodies and slender, curved wings, and many homeowners will mistake them for bats. Chimney swifts visit the Memphis area every summer during their migration route from South America.  As they are a federally protected bird, we cannot remove these little creatures from your chimney.  However, by late August they will be on their way back to South America.

Chimney swifts adults will spend almost their entire lives in the air. Their feet consist of tiny front-facing claws or toes that allow them to cling to vertical surfaces but not perch on a branch or flat surface like most birds. This is why they depend on chimneys and hollow trees to sleep and nest.

A well fitted chimney cap will keep these little birds from nesting in your chimney in the future, not to mention other wildlife looking for a nice warm home.

Although birds are beautiful, their nests will cause big messes. Baby birds are cute, but the end result can be a ton of droppings and feathers all over your porch and even your doorstep!  And if a mother bird feels her babies are in danger, your and your family may receive a painful peck or two!

At Apex Wildlife Control, our technician will remove the bird nest. If there are eggs or baby birds present, the technician will relocate the nest away from your home so that the mother bird can continue raising her babies without making a mess all over your home. If a bird has nested in your dryer vent, we will clean out the nest and if necessary, place a cage over the dryer vent to prevent future birds from nesting there. Abandoned bird nests can contain all kinds of bacteria and parasites, and that's the last thing you want around your home.

So if you have some lovely yet annoying little birds causing problems around your home or commercial property, call Apex Wildlife Control today.  Our skilled technicians are here to help! 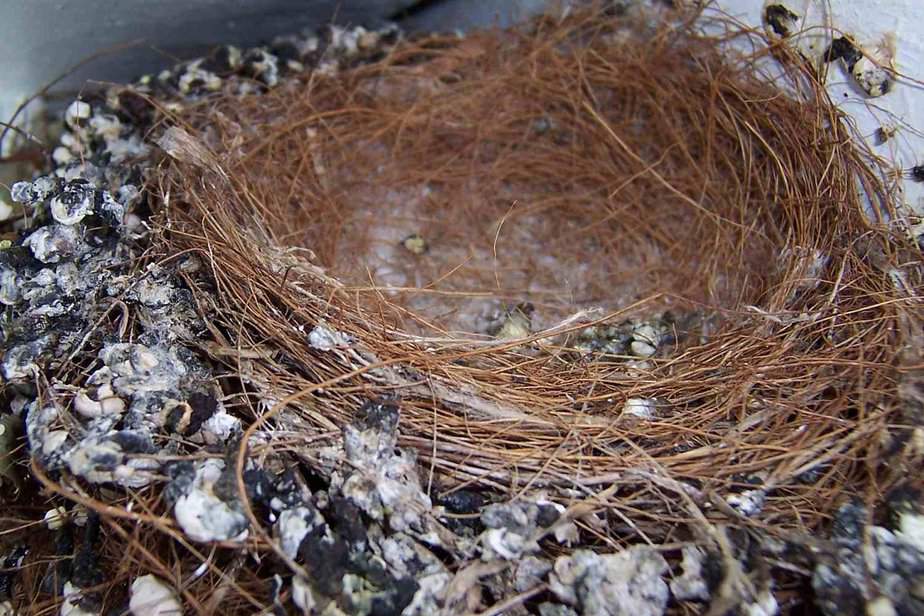