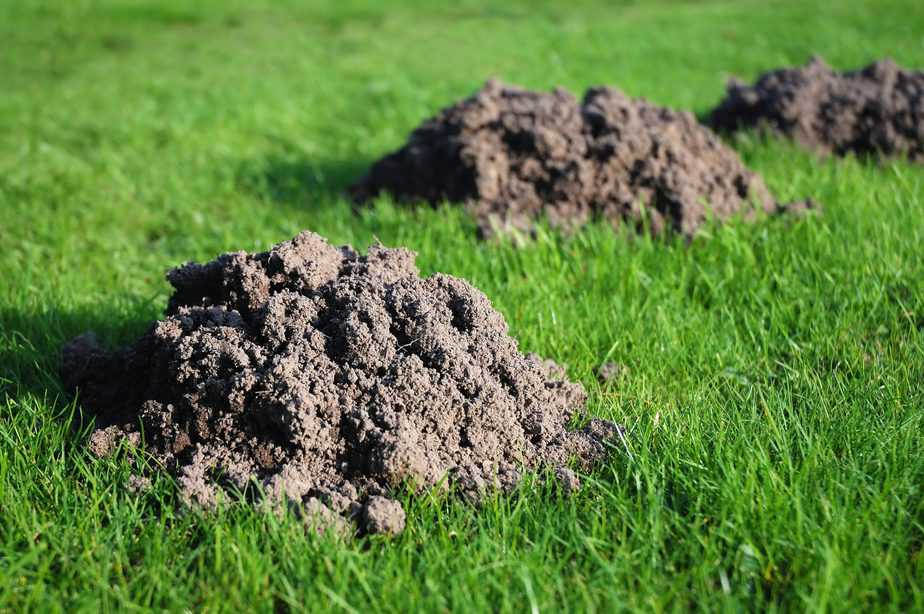 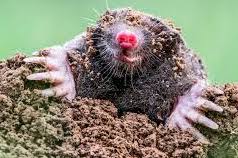 Are you wondering how to get rid of moles in your yard or lawn in Memphis TN? Easy, call us! Our mole removal service will trap the moles on your property and will get the job done. Moles are not rodents, they are insectivores. They have a diet that consists primarily of earth worms and grubs. They are very fast at building underground tunnels and have very low oxygen requirements.

Moles mate during the months of February through May. Their gestation period is 42 days. They typically produce 3 to 5 young and have them in March and early April. Moles are not social and only come together to mate. They may have territories that overlap but avoid each other and may fight if they come in contact with one another. 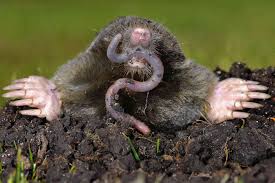 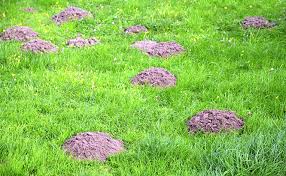 You’ve heard the phrase, “Don’t make a mountain out of a molehill,” but talk to any homeowner with a mole infestation, and they’ll likely tell you they’d take the “mountain” instead! While moles may seem harmless at first glance, these tiny creatures can wreak serious havoc on your lawn and garden. If you find yourself faced with the monstrous task of ridding your yard of moles, we feel for you. Here’s what you’ll need to know to deal with the pesky moles tearing up your yard.

Six mole types are found in North America, but the Eastern mole and the grey mole are the most common in Tennessee. Moles love to eat earthworms, spiders, grubs and adult insects. A mole's saliva contains a toxin that paralyzes worms and insects, allowing them to gather and store food for consumption later on. The mole “runs” are in reality worm traps! The mole senses when a worm falls into the tunnel and quickly runs along to kill and eat it.

Some fun facts about moles:

Moles can dig tunnels at a rate of up to 15 feet per hour.

A mole’s speed through existing tunnels is about 80 feet per minute!

The usual lifespan of a mole is three to four years in the wild.

Moles have been found to tolerate higher levels of carbon dioxide than other mammals, because their blood cells have a special form of hemoglobin that has a higher affinity to oxygen than others forms of wildlife. This allows them to survive underground with low levels of oxygen and high levels of carbon dioxide. In addition to this, moles utilize oxygen more effectively by reusing the exhaled air, and as a result, are able to survive in low-oxygen environments such as burrows.

In cold and/or dry weather, moles will often dig deeper into the ground, following their food source. 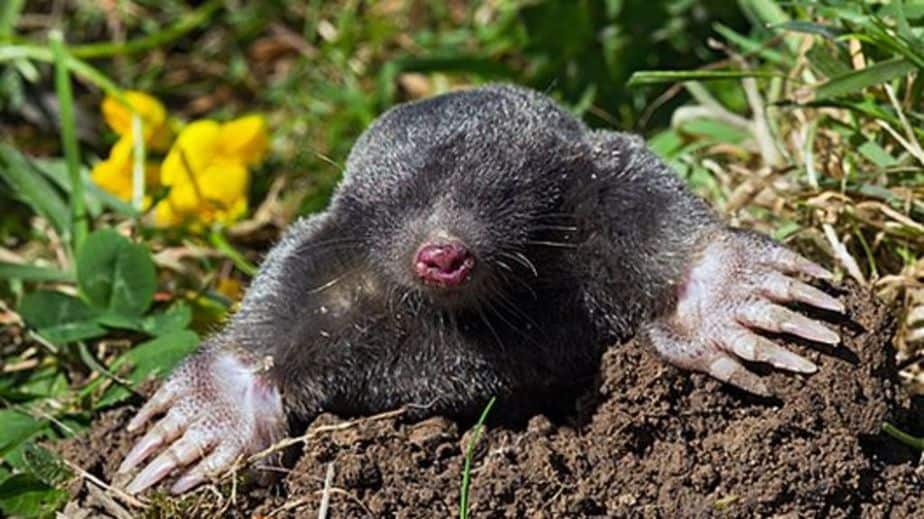 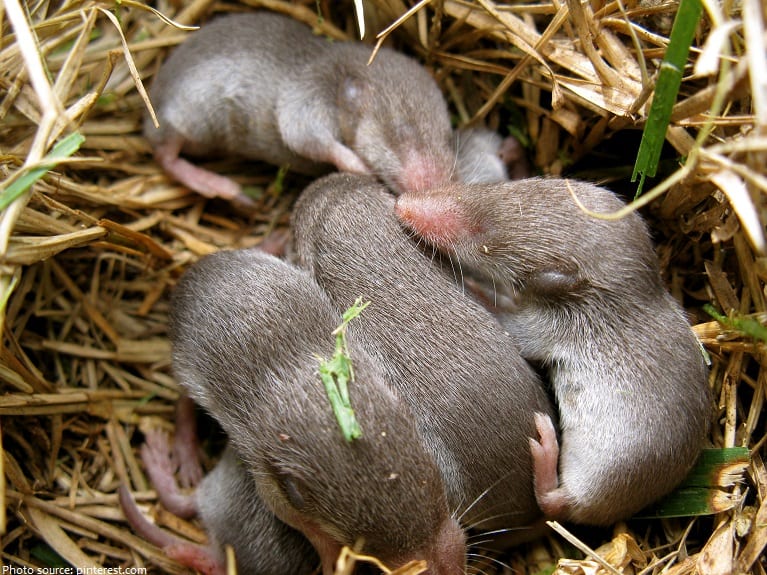 Mole activity increases in the springtime when the ground begins to thaw and insects become active. Spring is also the time when female moles complete their gestation period, so you could soon have more on your hands! Typically in May a female mole gives birth to 2 to 6 naked babies in a cozy nest usually in one of the deeper burrows. Baby moles grow quickly. The babies can take care of themselves when they are only about one month old! At four to five weeks, the pups are weaned. By five to six weeks, pups leave their mother and their home tunnel completely. They are now independent and making their own burrows by late summer or fall.

Most moles are solitary creatures that only come together to reproduce. Territories may overlap, but moles avoid each other. Males may fight fiercely if they meet. They don’t typically live in families, so your yard is likely being pillaged by only one or two. The only species of mole known to exist in colonies is the star-nosed mole. The range of a solitary mole may be as large as 2.7 acres. The underground territory of a mole is made up of large, complicated burrow structures with distinct living and hunting areas.

Flowers like daffodils and marigolds are natural mole deterrents. Rather than killing the moles, natural repellents simply keep them at bay. Natural mole repellent can be as simple as planting vegetative barriers throughout the area that deter moles. These include plants like daffodils, marigolds, alliums, and fritillarias. Using these plants in your landscaping may lessen the chance of a future mole infestation.

All in all, moles are beneficial animals, consuming numbers of potential insect pests and aerating the soil. However, there is no doubt that they are highly attracted to the bounty to be found in a well-manicured lawn. Here they become quite a nuisance, destroying the root systems of plants, shrubs and flowers that they encounter. One of the best ways to prevent mole damage is to eliminate their food sources. Treating your lawn to control insects and grubs will go a long way in eliminating moles from your landscape.

DIY methods can be quite difficult to master when it comes to ridding your yard of moles. The moles’ tunnel systems make it difficult to pinpoint where the little beasts are active, rendering your removal method ineffective. If you find that your own methods of mole removal are not working, it’s time to contact a professional. Apex Wildlife Control has trained wildlife technicians who can locate and remove moles. So, give us a call. We are here to help !!! 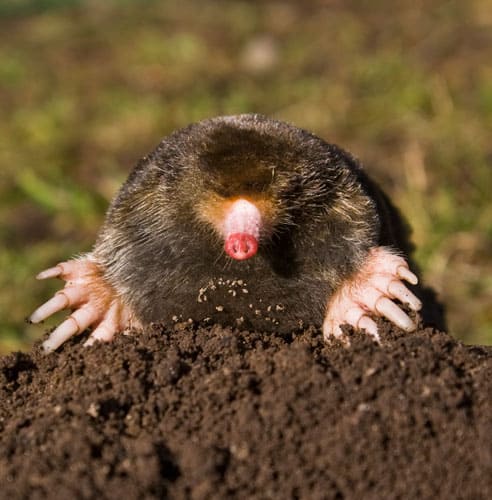