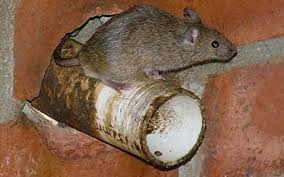 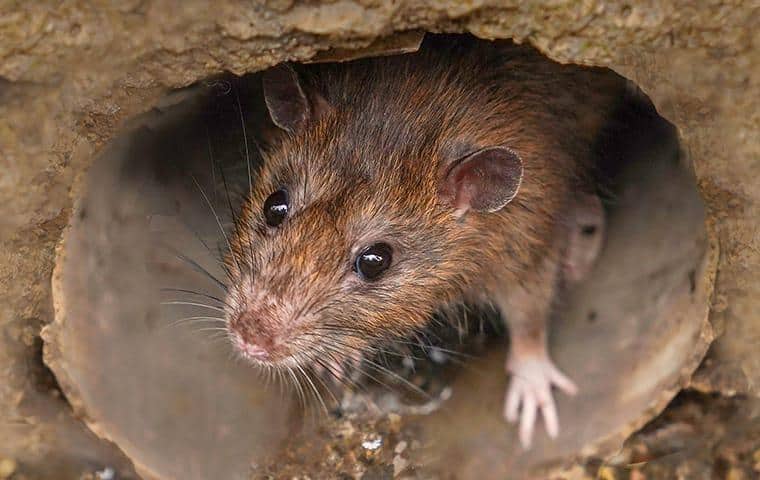 Rats And Mice In Your Pipes In Memphis TN? 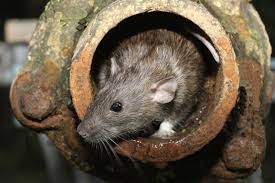 Do you have rats and mice in your pipes in Memphis TN?  Every homeowner knows that a house makes noises as time goes on. Older homes may creak or groan.  Newer homes will sometimes start to settle with temperature fluctuations. There are many reasons for all sorts of creaking sounds, but how do you know they are normal sounds? If you suspect there is a possibility of rats and mice in your pipes, there are a few signs you can look and listen for.

Pipes will creak from time to time, but if it happens consistently you may need to pay closer attention. Does it sound like something running around or scratching?  Do you hear squeaking noises or sounds of something fighting in your walls? Keep track of the times that you hear these sounds as well. If you hear them early in the morning or late at night this is a sign that you may have rodents. Rats are nocturnal so you will most likely hear them during the night.  Rats will hide when there is a lot of activity in the home to avoid being noticed. Locate where the sounds are coming from and look for chew marks or cracked pipes.

Pipes are known to burst for many reasons, although it’s usually from a leak or rotted piping. However, rats can chew through almost any material, including PVC pipes.  Damaged pipes can create a slow or fast leak depending on the severity.

A slow leak may seem better, but in reality a slow leak can do even more damage than a burst pipe. Slow leaks can go unnoticed for quite some time if it is in the right place. This means you have constant moisture in an area giving the perfect climate for mold to thrive in!

If a leak becomes visible, it has most likely already spread through a large area. This can create rotted wood among other things. Having a fast leak or pipe burst is terrible, but at least you will notice pretty quickly.  You may need new flooring or sheet rock, but at least you can see the damage immediately. Either way, these are both very costly and can impact a family in many ways. 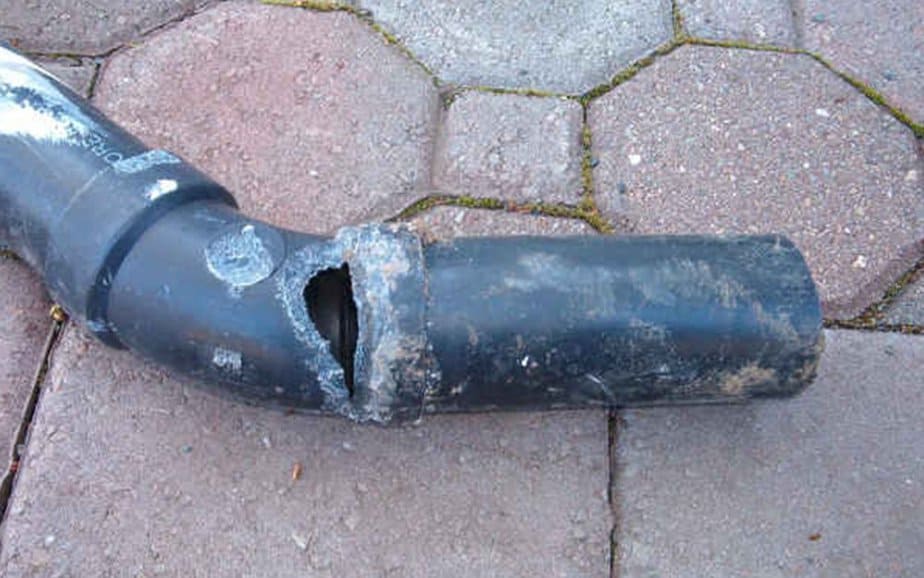 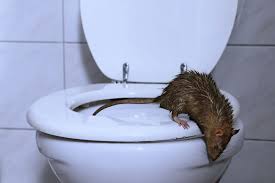 Many homeowners often question how rats gain access through water-filled pipes.  Most people are unaware that certain species of rats are actually made for water! These rats are called Norway rats and their bodies are made for treading water for long periods. A Norway rat can hold its breath for up to 3 minutes!

These rats will paddle their feet and tread water with ease using their long tails as a rudder. They thrive in water and mostly travel through our sewer systems into our homes and water pipes. And yes, a rat can even swim through your pipes up into your toilet!

It can be hard at times to identify where the rats are coming from.  It's always best to call a professional at the first signs of rats or mice being in your pipes or under your home. If you do suspect rats in your water pipes, we advise contacting a licensed plumber to check your pipes for holes.  A sudden drop in water pressure combined with thumping sounds in your pipes is reason enough to act now!

Having rats in your pipes in Memphis TN is a terrible scenario to deal with for various reasons; most importantly, your health and safety. Rats carry several diseases and bacteria. As we drink water, wash our bodies, clean our clothes, and rinse food and dishes on a regular basis, we may at any time come into contact with rat feces and bacteria.

Remember the plagues that wiped out millions of people before we had vaccines? Those were caused by rats. Fortunately, we have very good doctors and vaccines that help us when we become sick. However, this does not mean we cannot get sick from harmful bacteria.

Rats and mice will also carry ticks, fleas and mites into your home.  And if these rodents have chewed into your pipes, your water will be contaminated as well.  Do you really want to share your drinking water with a disgusting rat? 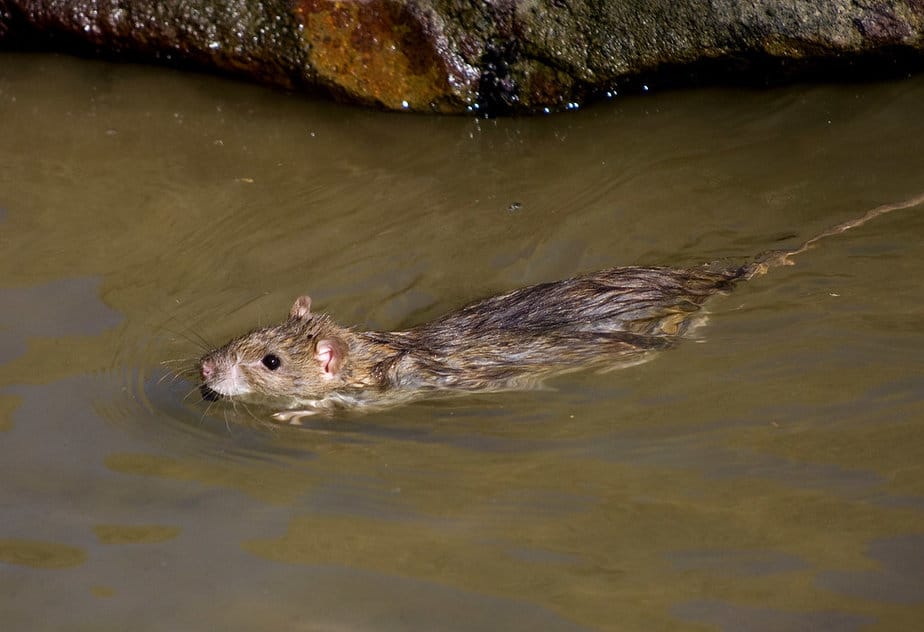 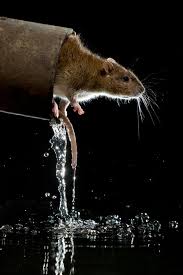 Rodents can carry several types of bacteria and germs that can make you and your family very ill.

Hantavirus Pulmonary Syndrome (HPS) is a severe illness caused from exposure to the droppings or urine of deer mice that carry the virus. About 1- 5 hantavirus cases are reported each year in Washington State and about one third of the cases have been fatal. It is important to take precautions when cleaning up an enclosed space such as a shed, cabin or trailer where mice have nested or rodent droppings are present.

Leptospirosis is a disease caused by bacteria called Leptospira that infects both humans and a wide range of animals. It occurs worldwide but is more common in temperate and tropical areas of the world. Some people infected with leptospirosis will have no symptoms at all, and some people will become severely ill. Some wild and domestic animals, such as cattle, pigs, dogs, raccoons, and rodents, carry the Leptospira bacteria and pass them in their urine. Soil or water contaminated with infected urine are the most common causes of human infection.

Plague is a serious infection of humans caused by a germ called Yersinia pestis. It is usually caused by the bite of a flea that has fed on an infected wild animal, such as a rat, chipmunk or prairie dog. It usually causes large sores and abscesses in the glands of the arms and legs. Dogs, and especially cats, can also become infected and can spread the disease to their human companions. People and domestic animals like dogs and cats could be bitten by infected fleas while traveling to other areas of the country. Plague is treatable with antibiotics.

Tularemia is a bacterial disease caused by Francisella tularensis and is most commonly found in wild animals (e.g., wild rodents, squirrels, rabbits, hares and beavers). People and their pets can become ill from tularemia by coming into contact with infected dead or ill animals through animal bites and exposure to contaminated blood or raw meat. Tularemia can also be transmitted by the bite of an infected arthropod (e.g. ticks, biting flies), exposure to contaminated water or soil, and inhalation of bacteria. One to 10 cases of tularemia in people are reported every year. To prevent exposures to tularemia, don't handle dead or ill animals; avoid animal bites, tick and deer fly bites; and avoid direct bare-hand contact with blood and raw meat from wild animals. Don't drink untreated water in areas where tularemia is known to occur in wild animals.

You often hear people who have rat or mice problems calling it an infestation. The reason for this is because a successful rat pairing can produce up to 1,500 babies in a single year! Just two rats can produce a litter every month.  This can create a rat infestation in a very short amount of time.

This is a bad situation which can get quickly get worse.  Don’t wait for the rats to overrun your home before you seek help. Cracked pipes, clogged pipes, health concerns, fecal droppings and urine contamination, mold, rotted wood, and structural damage are just the beginning of what can happen.

At Apex Wildlife Control, we not only locate all the problems but we also provide you with the solutions. Our technicians will inspect your home, take pictures of all the damages, find all the possible and actual entry points, and provide you a quote for trapping and sealing your home in just under an hour.

So if you have rats in your pipes in Memphis TN, give us a call today.  We're here to help solve your rodent problems! 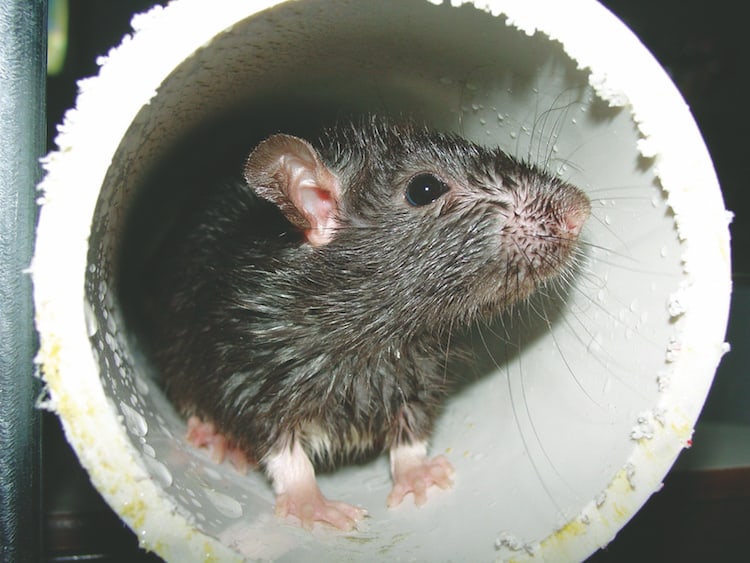 If Rats And Mice Are In Your Pipes In Memphis TN,
Contact Us At 901-598-8555.
Or Fill Out Our Contact Form Below
And A Member Of Our Friendly Office Staff Will Contact You Shortly.