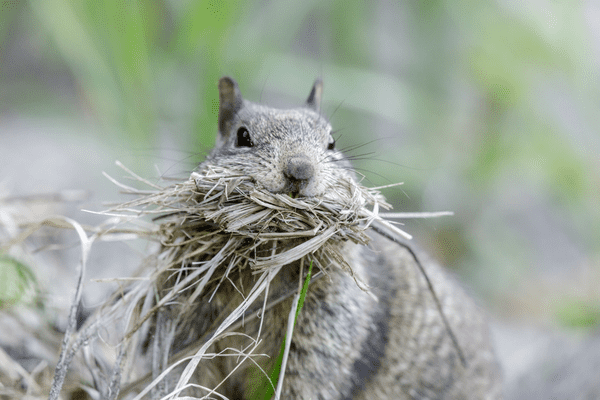 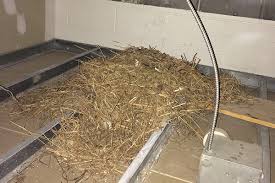 Squirrel Nest In Your Attic In Memphis TN? 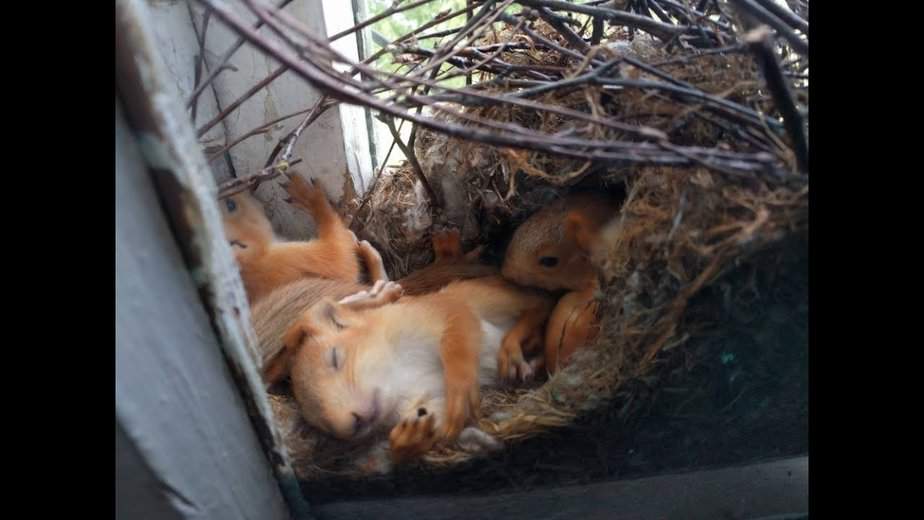 Before the cold winter months arrive, squirrels may start to build a nest in your attic. During summer months, they can be heard coming inside at night and going back out in the morning due to the attic heat. Once squirrels find a safe place to build a nest, it is very difficult to get rid of them. This is where we come in. We can help you get rid of that squirrel nest in your attic!

Squirrels will start to breed when they are about a year old and mate around mid-December or early January. Some squirrels also breed again around June, but this is not as common.  During mating season, you will see male squirrels chasing female squirrels all around your property.  Once this "courtship" is over, the mother squirrel will find a safe, warm and quiet place to have her litter.

Squirrels typically have a litter of three babies. The baby squirrels stay in the nest until they are 10 to 12 weeks old. Then the mother will teach them to get in and out of your house to forage for food. This is when it will typically be the noisiest since more squirrels are moving around and chewing through the wood. 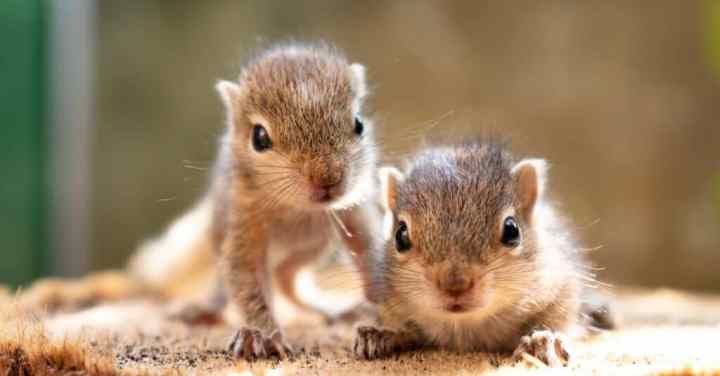 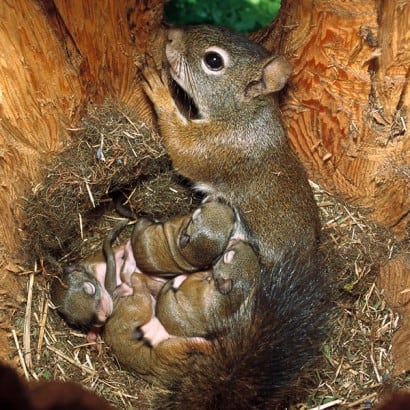 Did you know that a squirrel can build a nest in just one day?

A mother squirrel will begin to build her nest by loosely weaving twigs together to make the floor.  She will create more stability by packing damp leaves and moss on top of the twig platform to reinforce the structure. Squirrels will use soft materials to line the nest, such as moss, feathers, grass, leaves, shredded bark and pine needles.  Then she will use twigs to weave a round frame around the base, which will create the outer wall of the nest.

Both male and female gray squirrels of all ages will participate in building nests. These adorable little creatures will typically build leaf nests (also called dreys) in the summer by weaving together small branches they’ve gnawed off of trees. These nests are lined with grass, moss, leaves and pine needles.   Some squirrels will even use plastic bags and other man-made items for their nest.  Squirrels will return to the same nest every year.  However, if the nest is disturbed by predators or becomes infested with fleas or mites, the squirrel will abandon the nest and built a new home in a different location.

Squirrels will typically build more than one nest, one for the summer and one for the winter.  When cold weather arrives, they will abandon their summer drey in favor of a thicker nest which was built in a warmer area such as your attic.

Another reason squirrels don't belong in your attic is because baby squirrels can sometimes fall down through the insulation into your walls.  If you hear scratching or chewing in a certain area for a long period of time, a squirrel is very likely stuck. Once a baby squirrel is stuck, it can die within a day or two due to dehydration.

A noisy squirrel is much easier to find than a dead squirrel, so call us as soon as possible before you end up with this smelly situation. Our company offers a dead animal and deodorization removal service if you think a squirrel has died in your walls.  Our technician will locate the origin of the odor, and then drill small holes at the bottom of the wall.  He will then thread a boroscope into the wall to locate the dead squirrel. If we can find the squirrel, we remove it and use a commercial deodorizer to get rid of the smell.

Unfortunately, there is no guarantee for this service. If you have rats or other wildlife in your home, they may move the dead squirrel to another part of the house to eat it.  Also, the dead squirrel could be in a location that we are unable to access, such as behind a stove. 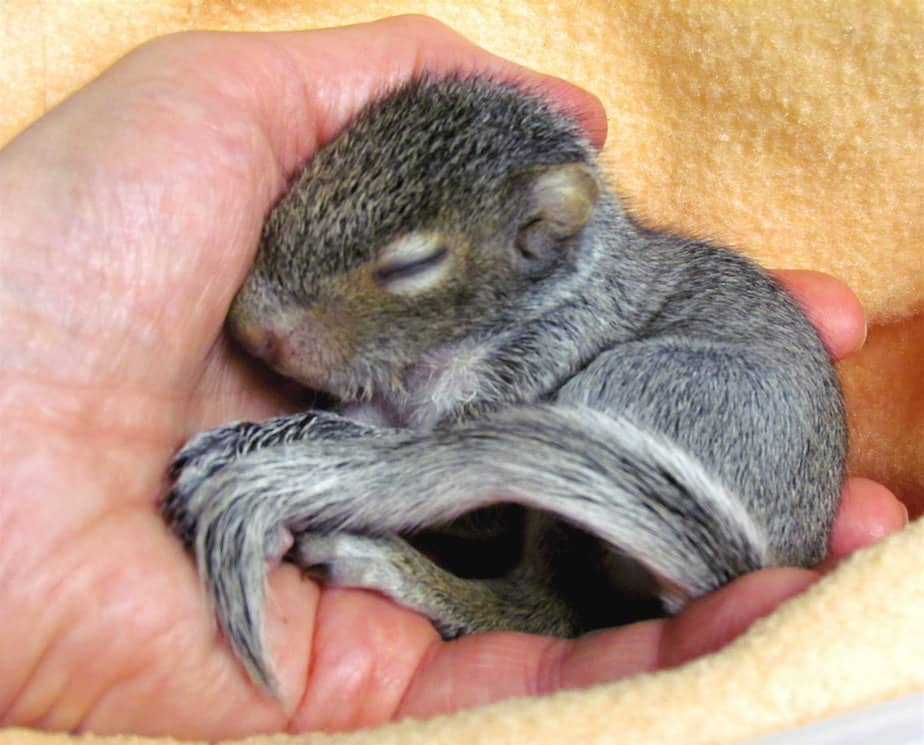 Afterward, the technician will perform an exterior inspection.  He will inspect the outside of your home. He will inspect from your foundation to roof for all potential and actual entry points.  These findings will also be documented with photos.

The technician will then write an estimate for sealing up your home against wildlife (also referred to as exclusion) and trapping of the species.

If You Have A Squirrel Nest In Your Attic In Memphis TN,
Contact Us At 901-598-8555.
Or Fill Out Our Contact Form Below
And A Member Of Our Friendly Office Staff Will Contact You Shortly.